During the Wilkes Expedition, Lopez Island was given the name Chauncey Island, after the American naval commander Isaac Chauncey. When the British reorganized the official admiralty naval charts in 1847, Henry Kellett systematically removed many of Wilkes's names. He renamed the island Lopez, for Gonzalo López de Haro, the Spanish naval officer who was the first European to discover the San Juan Islands archipelago.

The Lopez Island Historical Museum collects and preserves the regional history of Lopez and the San Juan Islands. The museum features artifacts reflecting Lopez's contributions to the maritime, fishing and farming industries. The museum has an extensive archive of local historical documents as well as artifacts depicting life on Lopez Island in the late 19th and early 20th centuries.

Lopez Island is flatter than most of the other major San Juan Islands. It is also the most rural of the larger islands, and has rolling terrain of forest, farmland, and beaches. The island is longest in the north-south direction.

This region experiences warm (but not hot) and dry summers, with no average monthly temperatures above 71.6 °F. According to the Köppen Climate Classification system, Lopez Island has a warm-summer Mediterranean climate, abbreviated "Csb" on climate maps.

There are no highways on Lopez Island, and no bridges connecting to the mainland or other islands. The primary means of travel to and from Lopez Island is by ferry. The ferry terminal is located at the extreme north end of the island. It is the first stop of four on the Washington State Ferries' San Juan Islands run. A typical sailing from Anacortes takes approximately 40 minutes.

Lopez Island Airport is the main airstrip for the island, located on its west side, with daily commercial flights. Charter floatplanes land in Fisherman Bay at Fisherman Bay Seaplane Base, located approximately three-fourths mile north of the airport. A small airstrip called Windsock Airport also is located not far from the ferry terminal.

Lopez is home to a large number of tourist related businesses, largely country-style bed and breakfasts, many with ocean views. There is a vineyard and one hotel and resort.

Lopez Island is a popular destination for bicycle tourists. Some of the roads, however, are narrow which can lead to occasional traffic and bicycle congestion. But overall the drivers are bicycle friendly and the roads are easier to ride than the other islands.

The island is locally famous for the longstanding custom of waving at every motorist, bicyclist, or pedestrian encountered on the island's roads. 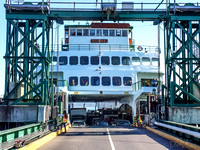 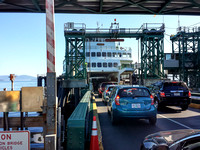 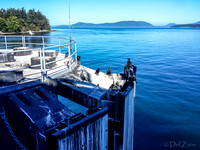 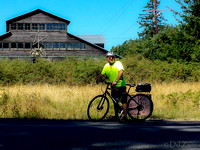 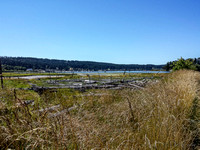 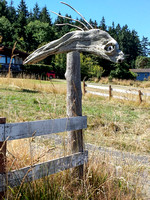 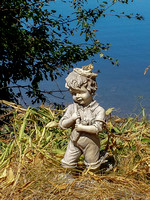